Function of a Boiler Safety Valve

Number and Location of Safety Valve

As per Boiler regulations, each boiler must be mounted with at least two safety valves. Safety valves are located above the steam space in the boiler.

The valve is pressed against a seat through some external force. When force due to the Boiler steam acting under the valve is greater than the external force, the valve is lifted off its seat allowing some of the steam to escape. The Valve seats on the seat again when the steam pressure is restored to working pressure again. Thus the safety valve acts as a pressure relief valve by releasing some excess steam from the Boiler

The choice of a particular type of safety valve for a boiler depends on the type of the boiler and its safe working pressure. For example, spring loaded safety valve is preferred for locomotive and marine boilers, in addition to stationary boilers like Babcock and Wilcox Boiler.

In this valve, the steam pressure in the upward direction is balanced by the downward force of the dead weights acting on the valve.

Dead weight safety valve consists of a vertical cast iron or steel pipe through which the steam pressure acts on the valve in the upward direction. At the lower end of vertical pipe, a bottom flange is provided to bolt safety valve to the boiler shell. At the upper end of the vertical pipe, a gun metal valve seat is screwed to it. Under normal working condition, the gun metal valve rests on this valve seat. This valve can move up and is fixed to a large weight carrier. The weight carrier hangs freely over the vertical pipe. To balance upward force of steam, the dead weights of cast iron rings are placed on the weight carrier. The dead weights and weight carrier are covered by a cast iron cover plate. A discharge pipe is used to discharge the steam to the atmosphere after the valve is lifted.

When steam pressure inside the boiler is less than or equal to working pressure:

The upward force exerted by boiler steam on the valve is balanced by the downward force due to total weight (of the valve, weight carrier, dead weights, and cover plate).  If that is so, the valve sits on the valve seat and the steam can’t not escape from the boiler.

When steam pressure inside the boiler is more than the working pressure:

The upward force of boiler steam on the valve is overpowered the downward force of total weight.  The valve along with weight carrier is lifted from its seat and the steam is released to the atmosphere through the discharge pipe. This type of safety valve is used only on stationary boilers such as Lancashire boilers, or other low-capacity boilers.

In this valve, the steam pressure in the upward direction is balanced by the downward force of the spring. In this valve, the steam pressure in the upward direction is balanced by the downward force of the lever system.

This type of valve is used only on stationary boilers such as Lancashire boilers, or other low-capacity boilers. The principle of moment is used and less weight is required than that of Dead weight safety valve. The position of movable weight W3 suspended on the lever for a particular steam pressure may be estimated as given below: –

W1, W2 and W3 are the weight of the valve through its center of gravity, weight of lever through its C.G. and weight of movable weight, respectively and L1, L2, L3 are their respective distances from fulcrum.

F is the upward force due to steam pressure p, acting at the center of the valve at a distance L1 from the fulcrum.

where, A = Cross sectional area of the vertical pipe and P = Steam Pressure.

You may also watch this video 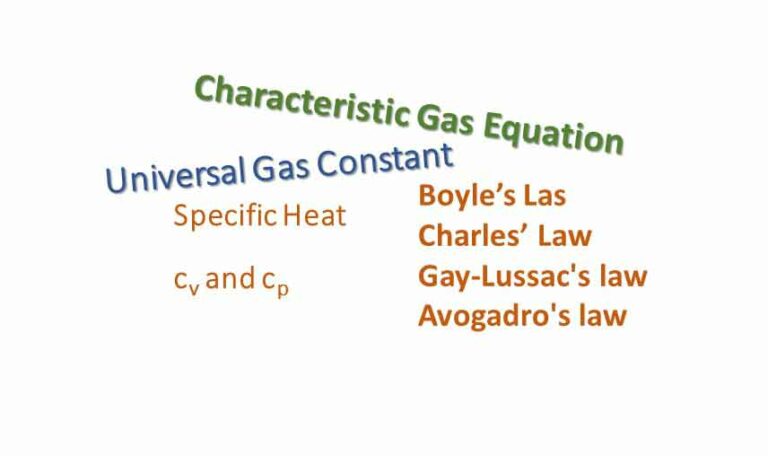 In a steady flow process a fluid flow steadily through a control volume. At any point, fluid properties remain constant during the process. There are many engineering equipments which function as steady flow system.